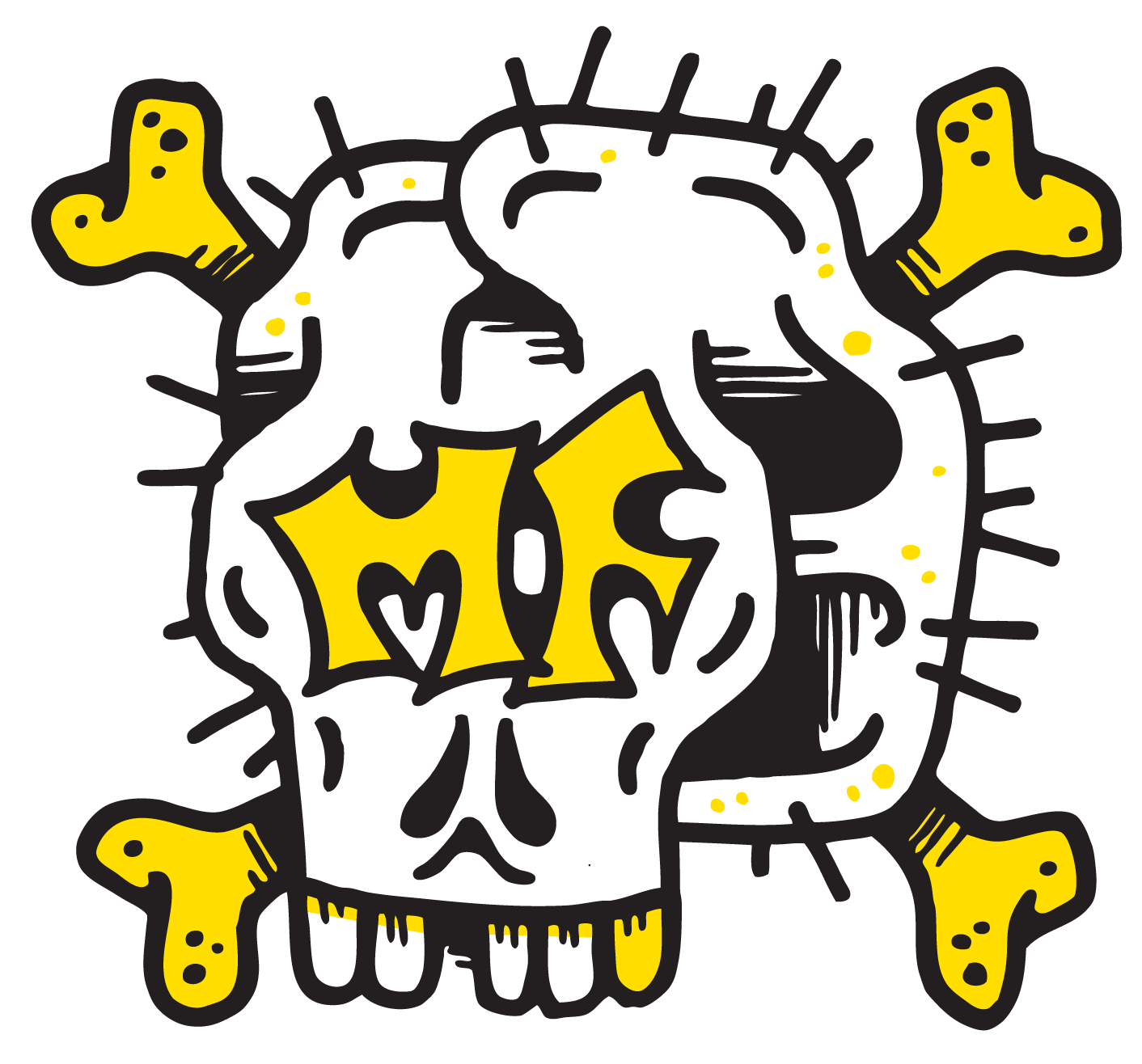 The 2nd album by Denver's own agents of ragin, MF RUCKUS. From the front lines of good times comes nearly an hour of fun, intense, loud Rock n Roll the way it was intended.

MF Ruckus doesn't try to reinvent the wheel, but they do steal it's hubcaps on "Thieves of Thunder". (2014)

The 2nd album by Denver's own agents of ragin, MF RUCKUS. From the front lines of good times comes nearly an hour of fun, intense, loud Rock n Roll the way it was intended.

MF Ruckus doesn't try to reinvent the wheel, but they do steal it's hubcaps on "Thieves of Thunder". (2014)

Forget about music for a second. In fact, forget about music for several seconds and instead, let's think about food. How often will you go out for a really fancy gourmet meal? A few times a year maybe? What about something really crazy like molecular gastronomy or maybe one of those wonky restaurants where they use artificial flavoring and skillful airbrushing techniques to simulate carnivorous meals for curious herbivores? Once, maybe twice in your entire life? Now, what about a burger? What about a burrito? What about a really killer burrito? Think of that place in town you go to for burritos. That's right.You know the one. It's that place you've defended to the point that casual conversation turns to that kind of heated battle reserved only for matters of personal taste. Oh yeah. That's the fuckin' burrito I'm talking about. You're their #1 customer. You kept the doors open for their first shaky year. You spread the gospel of their greatness far and wide, online and in the real world. You feel like a shareholder, a godparent and a holy missionary. This is the best burrito on the planet, as far as you're concerned. This is your burrito. There are many like it, but this one is yours.

Ok...remember music again. Read back the preceding paragraph and unlock the magical world of metaphor by using this key:

Motherfucking Ruckus or MF Ruckus for use in polite company, is a true Rock n Roll band. Period. They see little use for sub genres as they are often synonymous with pigeonholes. Instead, MF Ruckus emulates and assimilates the skills and attributes of Rock's greatest warriors, using them as weapons of domination in the arena of songwriting and live performance (like if Shang Tsung from Mortal Kombat were a badass rocker dude). On their latest album, "Thieves of Thunder", one can detect elements derived from Thin Lizzy, Rose Tattoo, Iron Maiden, Motörhead, Valient Thorr, Turbonegro, Dio and Murphy's Law. There are, however, two primary factors which show "Thieves of Thunder" to stand in contrast to the band's live debut release "The Dirty Half Dozen" (2013). The introduction and addition of Parker Clark Whitton as guitar player and contributing songwriter, for one, and second, the expertise and skills of engineer/co-producer Steve Goldberg (Guitar- Cephalic Carnage; Engineer- Speedwolf's "Ride with Death").

MF Ruckus will be celebrating the release of "Thieves of Thunder" with a series of short tours throughout 2014 and 2015. Since it’s release, “Thieves of Thunder” has been enjoying some favorable words from the press, most notable, however is this review by Ross Hostage at fortheloveofpunk.com:

“...MF Ruckus (or The Motherfuckin’ Ruckus, when your mother isn’t around) has developed into one of the most over-the-top bands in town, reaching back to what they consider rock ‘n roll’s holy days when bands mixed equal parts sex and drugs with their riffage. Most of these guys cut their teeth playing punk rock but they’ve developed into one of the tightest hard rock bands around. I’ve previously described them as some underground hybrid of Thin Lizzy, The Dwarves and Valient Thor with their latest album, Thieves of Thunder, and, as I give it another listen, I’m not sure that description does them justice. Sure, one could find elements of all those bands: the slick guitar leads and driving rhythms from Thin Lizzy, the tongue-in-cheek raunchiness of The Dwarves and the pounding, jean-vest swagger of Valient Thorr. However, MF Ruckus have developed into a beast all their own, fine-tuning a blend of 70s/80s rock and metal with the occasional twang of Southern rock. The opening title track launches out the gate at an epic gallop and introduces the album with big guitars and even bigger vocals. “Talk All Day (Don’t Say Shit)” is like a sleazy night on the Sunset Strip. “Hall of Champions” is filled with a slight Bruce Dickinson falsetto and vibrato and a groove that will make you headbang with confidence. There’s no denying the infectiousness of “Gasoline (For My Party Machine)” as it jumps from spit-flying, lightning fast licks and lyrics into a chorus that should be on every jukebox in America for a proper night of revelry. It’s like Ted Nugent showed up, minus the craziness and racism, and, with the mighty power of rock, dropped all the panties in the room and gave every guy a raging hard-on, leaving them in a pool of their own juices and begging for more. Sorry for all the hyperbole, but MF Ruckus is pretty much drenched in it. To musicians who take themselves too seriously, the band can come off as equal parts cheese and sleaze: a Spinal Tap for the modern age that seems to magnify rock-and-roll stereotypes in a grasp for nostalgia. However, that couldn’t be further from the truth. MF Ruckus are here to play guitar parts that your band can’t play, make bold, declarative, debaucherous statements that your meek singer would never dare utter and to have more fun than every shoegazer, arm-crosser and naysayer in the room.